So I watched ‘The Haunting of Helena’…

It had been a while since the last time I caught a satisfactory horror movie, so I kind of started avoiding them. It caused me great pain since I couldn’t really feed my need for some onscreen fright, but I learned to live with it. Until a few nights ago, when I decided that ‘tonight, I want to find a good one. I’ll may be risking two hours, but I’ll take that chance.’

So I did. Browsing trailers on Youtube, I came across ‘The Haunting of Helena’. Well, I didn’t turn the trailer off after the first thirty seconds, that was good… I liked the way the first ten seconds were directed, that was good as well… So I watched it.

And I must say, well done. It may be my horror movie undernourishment, but it was very decent.

A mother and a daughter move in a new place (of course), the dad is absent, but present on Skype, there’s a weird neighbor acting like a silent (and not silent) warning and weird stuff start to happen.

All in all, classic elements, but after a long while of watching bad horror, this one was pretty good.

I did not like the child actor, I know that she was supposed to be like all confused and dazed, but I think it was just lack of talent. A talented child actor would’ve made things a lot creepier.

There were scenes that could make you jump, and I did hide behind my fingers when there was tension. Which is a good sign. 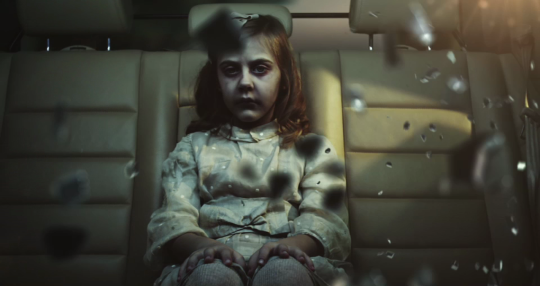 And what I loved most about it was the ending. Excellent, excellent summation of the story. Even if you don’t like the movie that much, watch it for the ending. I’m not ruining it for you, I’m not saying UNEXPECTED, CLIFFHANGER, OHDEARGOD IM SCREAMING, I’m not saying anything. But after a long while of watching ‘a-ha!’ endings, this one was good craftsmanship.