This post was originally published on Writing About Writing, May 6th, 2014

I like to believe that I am days away from finally wrapping up my manuscript (which doesn’t include pulling my hair over the right cover art, possible excruciating dilemmas about whether a book trailer is necessary, and also struggling night after night for a perfect synopsis). And being so close to the end (Oh, God, please let it be close), I caught myself thinking what I learned from this consuming, yet beautiful thing, called Writing My First Novel.

(I want to say beautiful again, before I proceed with what I learned. It’s so beautiful. I am so in love with it. It’s the most rewarding feeling in the world. Like, I understand the true meaning of rewarding now. I wanna marry Writing. I wanna have babies with it.)*

Some of the things I came across once or twice, some of them, I battled for a while. So let me just count what they were:

1- It’s funny how much time you spend thinking of alternatives to ‘said’.
And it was even funnier catching my attempts to avoid it, after I made the fifth revision. And ending up changing half the creative variations of ‘said’ back to good old ‘said’. There’s nothing wrong with ‘said’. I read this somewhere too, a person smarter than me SAID it, but I ignored it because, like, I am a master of words and I can write ‘said’ in so many different ways. You can, but don’t. Not necessary. Stop being a show-off.

2- It really is okay to not know what will happen next in your book.
I have a writer friend and we discuss the events in our WIPs. She knows everything that she will write about in advance. She knows the ending, she has the dialogues in her head, the plot, the conflicts, the everything. I on the other hand am my own first reader. I haven’t got a clue what will happen four pages from now. And I think it’s more useful that way. If you can feel the surprise, or the emotion while you write it (and see it for the first time), than the reader will probably see it too.

3- You will be obsessed with it.
And socially awkward at times. I caught myself staring THROUGH people while they were talking to me, beating myself up over a solution for a dead-end scene. I was speaking dialogues out loud in the shower. If the weather was bad, I wrote inside. If the weather was nice, I wrote outside. Also,

4- Wise people said ‘write what you know’ and I most certainly did.
And I recommend you do it as well, because no one likes a show-off, or a review like ‘next time, do a little research on the place you’re writing about.’ HOWEVER, writing what you know, very often means borrowing some of your traits to your Main Character, and that means, people who know (and love) you, will absolutely, most definitely think it’s you. If it’s first person POV, they will be obnoxious and say ‘you’ whenever they ask you about something. Like, ‘I loved it how you yelled at him for being a dick’, or ‘Are you going to end up with X?’ You will, of course, try to make them stop, but resistance is futile. Which will become scarier when your dad/mom/parent figure reaches the part where ‘you’ touch people’s ‘stuff’, or ‘you’ are undressed. So fight it. But learn to lose.

5-You will have typos and spelling errors and ‘how in the name of all that is holly did this word get here’ errors.
You will wish you had a spare set of eyes. You’ll wish you had patience to leave the book alone for at least two weeks. And to no avail. I was strong and I really let it sleep. Two weeks, maybe more. I came back to it like a happy kid to a forgotten toy. I revised it and thought I did great, it’s almost ready, yay, right? No. Four careful, extensive, eye-bulging readings later, I found a “That’s is…” nightmare. HE WHO IS WITHOUT SIN MAY CAST HIS FIRST STONE, BTW!

So just. Revise. Extensively. I cannot put enough emphasis on this. Or hire an editor. And revise again, after they’re done with it.

6- Love encounters/Sexy stuff/Intimacy/Romantic whatevers are HARD. TO. WRITE.
Pardon, they are hard to write if you want it to be good. If you don’t give a fuck, you can always throw in several ‘thrusts’, ‘throbbing members’, ‘desire’ and ‘loins’, mix them well with assertive statements like ‘I will fuck you like the little whore you are (I love you though)’ and you have a product. But I didn’t want that. I battled with finger-tangling, perfume-inhaling, dark-hallway-touching scenes that ate up my soul until I got them right.

I’m happy with the final product though. Especially after I saw my female beta readers batting their eye-lashes when talking about the male character involved in all of these. And no throbbing members whatsoever. Success.

7-You will be amazed at how much coffee your body can take.
Everywhere.  All the time. Every day, every night. You start drinking it with lunch. You choose it over a midnight snack. It becomes too weak. You double it. You buy machines that make a different type of coffee because you get bored of the one you had over and over again. Start making a list of witty answers for every time someone asks you ‘why are your hands shaking?’ Start charging, for that matter. You’ll be rich.
*Bonus: If you’re a smoker, just WRITE OUTSIDE. If it’s cold where you are, wear gloves and write outside. Just trust me on this one. ‘Oh, I never go over one pack a day…’ THINK AGAIN.*

8- Get used to dawn and sunrise.
You’ll see a lot of it. ‘Oh, look at that, it’s six o’clock in the morning, whaddaya know.’

9- A writing community will help a lot.
Writing is a lonely job (and that’s wonderfully convenient), but the writing community is huge, as I learned on the way. It is wise to find fellow writers online, in your genre if possible, to exchange experiences and learn stuff, especially if you’re new in this. Don’t fool yourself that you’ve done enough research to just know what you’re getting yourself into. YOU DON’T KNOW. Just read blogs, get into Facebook groups and communicate with people. It’s okay, it’s your keyboard you have to use, not your mouth. And you know how to use a keyboard. 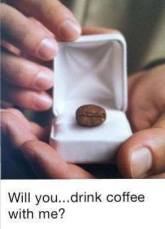 10- You have never loved yourself as much as you will when you’ve finished your book.
Of course it’s cheesy. That doesn’t mean I’m in any less AWE because of it. Now that I am actually close to an end, in all seriousness, I understand that it was worth it to move on from all the ‘I don’t have time today’, or ‘Fucking block’, or ‘Am I good enough at all?’ or ‘Why am I doing this?’ or ‘This is shit.’ So worth it.

*I apologize for this rambling.

The fact that you reached the end of this article means that you’re not writing, though. Well?

Have some of my coffee.

A girl in a loving relationship with Paris, with two best friends and a father figure she found in Pigalle, leads a perfectly designed life, in her Gare du Nord apartment, with a wonderful job and a lot of coffee. After some irritating, peace-wrecking things happen, her life is suddenly chaotic, and as if that’s not enough, she finds herself batting her eye-lashes at a man she didn’t even notice before. Right before she has a fight with him, and right after her best friend stops speaking to her for something that isn’t her fault. And then, there’s the risk of losing the apartment. And not knowing what to do next. Escaping yourself is hard. As hard as being a person who squirms at cheesy romance stuff, at the same time living in the city people paint and write poetry about. The question is, are you supposed to keep running, or just be an adult about it?
Find it on Amazon.

3 thoughts on “What I Learned From Writing My First Novel”

First we walked past it, but then my dad said “I think you’ll want to see the interior”.
I did not expect #Bratislava to be so cute. We didn’t even expect to stumble upon a memorial statue in honor of #witches, but we did and we even had drinks at a place called Die Hexe ☺️
We saw #Vienna.
His name is Moritz and he lives in a café in Vienna 🐈‍⬛
🥰
catversations.
I have a cousin who’s awesome at gifts.
„Миротворец“
Fortressing.
Hi 🛴
Faux fur, who dis? 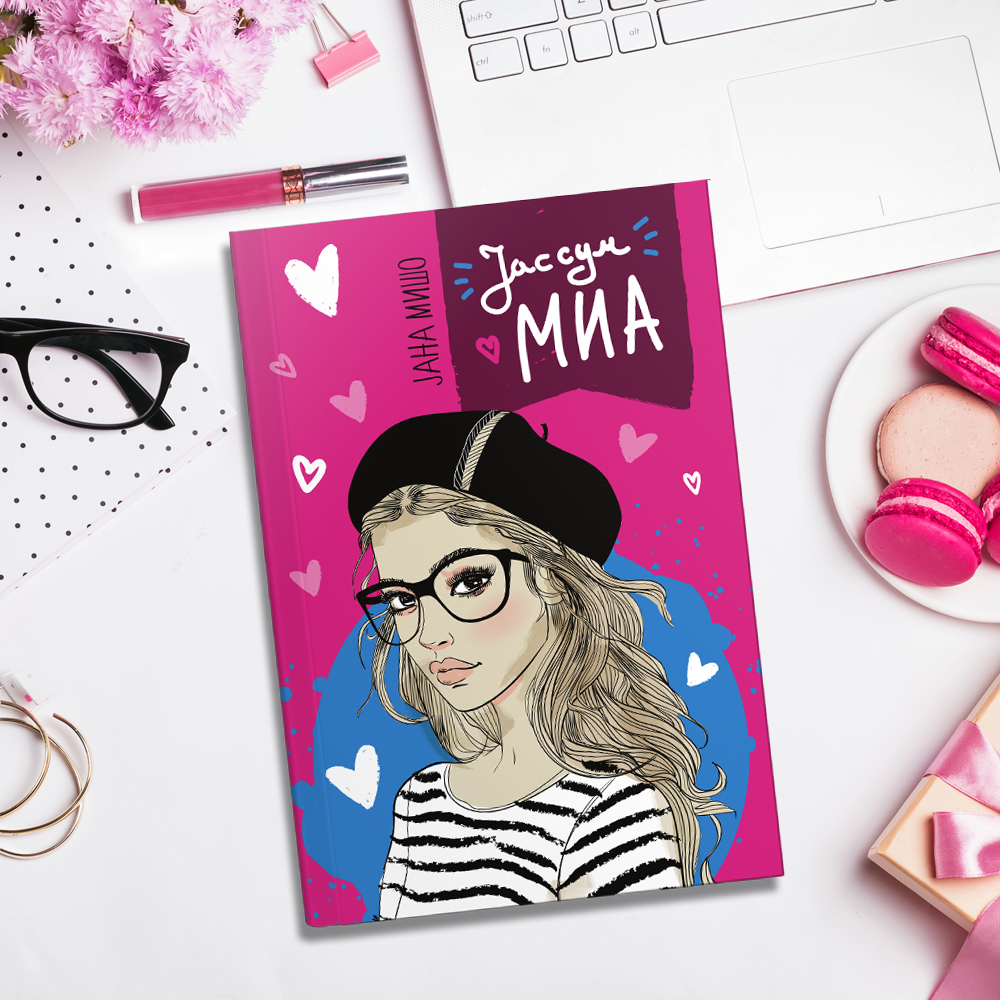